GeGeGe no Kitarō - Yōkai Dai Makyō (ゲゲゲの鬼太郎 妖怪大魔境), known in America as Ninja Kid, is an NES game developed by TOSE and published by Bandai. The Japanese version was based on the manga series GeGeGe no Kitarō, but the game was changed to the generic "Ninja Kid" and all reference to Kitarō were removed for the American version.

The game was followed by a sequel titled "GeGeGe no Kitarō 2: Yōkai Gundan no Chōsen", which was released the following year only in Japan also by Bandai. However, this game was an RPG and its plot was unrelated to the original.

Gameplay begins on an overhead map with several different arches. Each arch leads to a different side-scrolling mission, and the type of the mission can be determined by the shape of the arch. At the end of each mission, two doors will appear, one of which will return to the map, and the other of which will take to a vertically-scrolling tower with a mini-boss at the top (after defeating the mini-boss you are returned to the map). Also during each mission, items randomly appear on the screen. Some bonus items also give a temporary speed boost, or an owl that shows you which door leads back to the map (instead of the mini-boss tower). Once collected a scroll, it can be taken to the hut in the middle of the map to unlock the fortress and fight the map's boss. During the boss fight, if any whistles have been collected , the character can crouch in the far left corner of the screen to use a whistle to summon a familiar.

The original Japanese version is notably different from the American version. The game was renamed Ninja Kid and Kitarō was changed into a ninja named Kyo. Other characters and weapons were changed as well, as listed below: 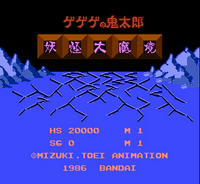 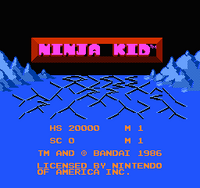 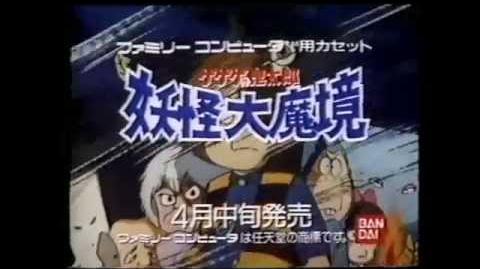 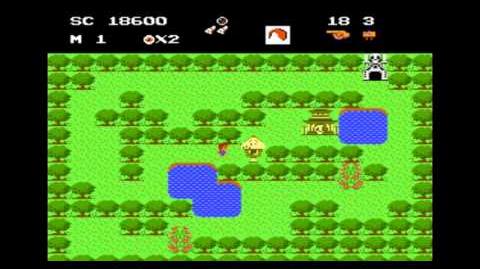