The sixth anime adaptation. It premiered on April 1, 2018. This anime adaptation celebrates the 50th anniversary of the original 1968 anime. It is animated by Toei Animation.

Main story: Nearly twenty years into the 21st century, people have forgotten the existence of Yōkai. When a number of unexplainable phenomena plague adults of the human world with confusion and chaos, thirteen-year-old Mana writes a letter to the Yōkai Post in search of answers, to soon be greeted by GeGeGe no Kitarō.
Western Yōkai Arc (Episode #27~Episode #37): "The Ring of Arcana," a treasure of the western yōkai world has been stolen by a witch named Agnès. Following after her, Backbeard, the strongest emperor in the western yōkai world, and his minions start invading Japan. Agnès, who escapes from the hands of Backbeard, meets Kitarō and asks for his help, but...!?
Agnès is chased by Wolf Man, Vampire, Frankenstein, and even another witch who is Agnès's own sister. What is the secret hidden in The Ring of Arcana? What is the reason for Agnès coming to Japan? What exactly is Backbeard's true desire...!?

Four Generals of Jigoku Arc (Episode 50~Episode 75): Medama-Oyaji's teacup bath, Konaki-Jijii and Sunakake-Babaa's noisy conversation. It looks like the usual time of peace is flowing in the GeGeGe Forest. But Kitarō is acting weird; it looks like he is searching for something with Kagami-Jijii. At the same time, Kitarō receives a letter from a human boy asking for his help. He departs for the Tohoku area to meet the sender, but a mysterious figure is observing him from afar...!?

On January 3, 2018, a hotsite in celebration of the fiftieth anniversary since the debut of the first anime series of GeGeGe no Kitarō was made available to the public. A few days later, a countdown began as each character's silhouette was revealed. After the countdown ended the series was officially announced with a trailer featuring the main cast and scenes from the first episode.

Unlike the previous series, the episodes contain a higher level of terror, with times when the deaths of humans or yōkai are directly portrayed, yet there are still more comical and lighter moments and the children's content still holds. This series also stands out from the others due to the more explicit comments and satires of japanese society, incorporating the dark part of the 21st century social aspect, such as black companies and alienation by social media; for this reason, the contrast between good and bad human is clearer, and the behavior of Kitarō and the yōkai does not immediately affect human society, but they are directly and indirectly related.

Kitarō's personality and values also greatly underscores the earlier adaptations, while in them he was only foreign to human culture, in the 2018 anime, Kitarō makes it clear that for him yōkai and humans should not be close to each other, although his friendship with Mana Inuyama makes him more open to them, even so he shows no compassion to selfish, sneaky people who do not regret their actions. His commitment to protecting humans against the evil yōkai is explained by the care Mizuki gave after he was born, making the anime the first in the franchise to expose the circumstances of his birth, something previously unexplored except from the Hakaba Kitarō anime.

Following the tradition of the human children accompanying the Kitarō Family in stories since Yumeko Tendō, student Mana Inuyama appears regularly, serving as a "bridge" between Kitarō and humans (a role Nezumi-Otoko played in the first two animes) as well as being a portrait of japanese contemporary youth. Many elements related to Shigeru Mizuki are inherited by Mana, such as his home in Chōfu and relatives in Sakaiminato. Neko-Musume has a drastic change in its design, similar to an adult woman, rather than following Mizuki's traditional model (although she was also embellished in the previous two animes). Nezumi-Otoko is more cynical and greedy for money, however he is more comically portrayed as a "bumbler" than a bad figure, being punished for his actions more than in previous series. Kitarō and Medama-Oyaji are the only characters to appear in every episode.

In this adaptation the episodes are still generally self-concluding, but since the first episode, a continuity of events has been established with the appearance of Nanashi, the first major antagonist whose saga lasted throughout the first year of the series, as development progressed, representations directed at Mana increased. Also one of the highlights was the Western Yōkai Arc, based on the story The Great Yōkai War, featured the appearance of Backbeard, his western yōkai army, and Agnès and Adél, who would later become allies of the Kitarō Family in episodes; Later, with the beginning of the second year of exhibition was exhibited the Four Generals of Jigoku Arc, featuring Enma-Daiō, Rei Isurugi, the first great human antagonist and the Four Treasonous Generals; Nue, Kurobōzu, Ibukimaru and Tamamo-no-Mae. From episode 76, the arc Final Chapter of Nurarihyon began introducing the recurring enemy in the previous anime Nurarihyon and its minion Shu-no-Bon. 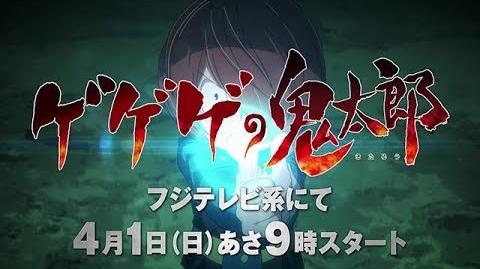 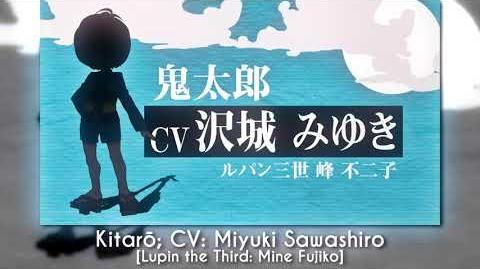 Add a photo to this gallery
Retrieved from "https://gegegenokitaro.fandom.com/wiki/GeGeGe_no_Kitar%C5%8D_(2018)?oldid=62708"
Community content is available under CC-BY-SA unless otherwise noted.