GeGeGe no Kitarō Wiki
Register
Don't have an account?
Sign In
Advertisement
in: Article stubs, Characters, Males,
and 4 more

Hitorima (火取り魔 Hitorima, lit. fire stealing demon) is a fire yōkai. In the 5th anime, it is established that humans can't see him.

Hitorima appears as an average size blaze of orange fire that sits atop a slender pair of legs, which are covered by the bottom half of a kimono, his feet wear white socks and a pair of light brown geta sandles. Once he has stored a large amount of energy, his flames grow to a tremendous sizes and form a pair of eyes and a large mouth, both made of yellow flames.[1]

Early on into stealing thermal energy from a city under Nurarihyon's orders, Hitorima appears timid, unsure if a yōkai like him would be able to stand a change against someone like Kitarō.

However after storing a large amount of thermal energy, he is able to capture Kitarō and realizes his true strength. Hitorima grows boastful and egotistical, ignoring Nurarihyon and shoots flames at him when he is told that he has his limits.[1]

A Hitorima is among the fire yōkai gathered to ambush Mashiro. However, he and the other fire yōkai were all frozen after Nezumi-Otoko informed Mashiro on where they were hiding. He was later unfrozen after Yuki-Nyūdo was defeated.[2]

A different Hitorima appears in episode #17 of the fifth anime adaption, Wandering Priest! Aobōzu. In this episode, he was working under Nurarihyon before being sealed away with the help of Aobōzu and Kokon.[1]

Thermal Energy Abilities: One of Hitorima's main abilities is the ability to steal and store thermal energy. He is also able to breathe flames out from his mouth. 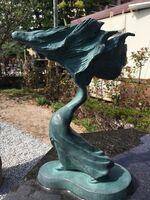 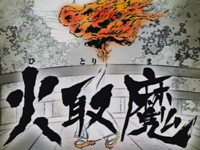 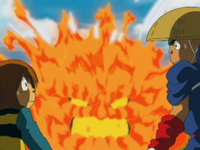