As the name implies, it utilizes the Yuru-i GeGeGe no Kitarō merchandise line character designs.

Players can summon characters and attack enemy bases with teams of ten, but a "Hyakki Yagyō" (Parade of Yōkai) mode will allow the player to call a large number of yōkai at once. The characters can evolve to change their appearance and level up.[1]

The game is free to play with in-app purchases.[1]

Stages consist of all the 47 prefectures of Japan, although Tottori and Shimane are replaced with Sakaiminato and Izumo respectively. Also included as stages the city of Chofu, Mt. Osore and the Japan Trench.

In the table below are all the stages of Japan Arc. Listed as well are the Treasure Pieces you can obtain from them, what they are in reference to, and what overall Treasure they contribute to.

In Story Mode you can obtain Treasures which give you certain buffs only applicable in Story Mode. You obtain each Treasure by collecting Treasure Pieces by clearing stages. Each Treasure Piece can come in copper, silver and gold, and each color adds a different amount to your Treasure's strenght (EX: obtaining all gold pieces results in a Treasure being 100%).

On February 19, 2020, DeNa announced the game would collaborate with Level-5 mobile game Yo-kai Sangokushi: Kunitori Wars -based on the Yo-kai Watch franchise- in order to have apperances of Kitaro, Neko-Musume, Nezumi Otoko, and Backbeard in the latter game. The event ran from March 3 through March 16, 2020.

In accord with the Yo-kai tribes and ranks system of Kunitori Wars, the apperances of these characters go as follow: 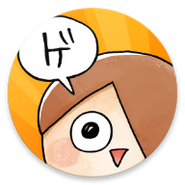 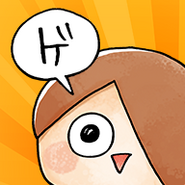 Squared version
Add a photo to this gallery

Retrieved from "https://gegegenokitaro.fandom.com/wiki/Yuru-i_GeGeGe_no_Kitar%C5%8D:_Y%C5%8Dkai_Dotabata_Daisens%C5%8D?oldid=62291"
Community content is available under CC-BY-SA unless otherwise noted.